1950s Fashion for Men and Women

My Week with Marilyn (BBC Films)

Have you just been booked as a Background Actor on a show or film set in the ’50s, but don’t know where to start with wardrobe? Don’t worry, Central Casting is here to help. Read through your Details Blog then check out this guide for inspiration on 1950s fashion.

Depending on the production, the wardrobe department may provide clothing for Background Actors. Even if they do, it’s still important to understand the style of the era when you’re booked on a period piece.

Fashion in the ’50s was influenced by the post-WWII era of the late 1940s and heavily featured newer materials like nylon, acrylic, polyester, and spandex. The end of the war also saw the return of couture fashion designers like Christian Dior, Cristóbal Balenciaga, Coco Chanel, and Hubert de Givenchy who had a major impact in the style of the decade.

Women’s fashion in the early ’50s was inspired by Dior’s “New Look” collection of 1947. He replaced the stiff boxy silhouette of the war era with an hourglass shape that consisted of rounded shoulders, small waists, and full skirts. Dior’s other popular silhouette was the long narrow sheath dress with a high v-neck bodice, slim skirt, and short jacket.

One constant of the decade was the roaming waistline. Depending on the look, it was fashionable to have a high waist, natural waist, low waist, or even no waistline. If you’re trying to put together a specific look, try to find photos from that year for waistline inspiration.

Men’s fashion in the early 1950s still revolved around the three-piece suit. Jackets were either single breasted with wide shoulders and a low-waisted button or double breasted with long lapels and three buttons. Instead of a vest that matched the coat, it became increasingly popular to wear vests in complimentary or contrasting colors in materials like corduroy, silk, and velvet. 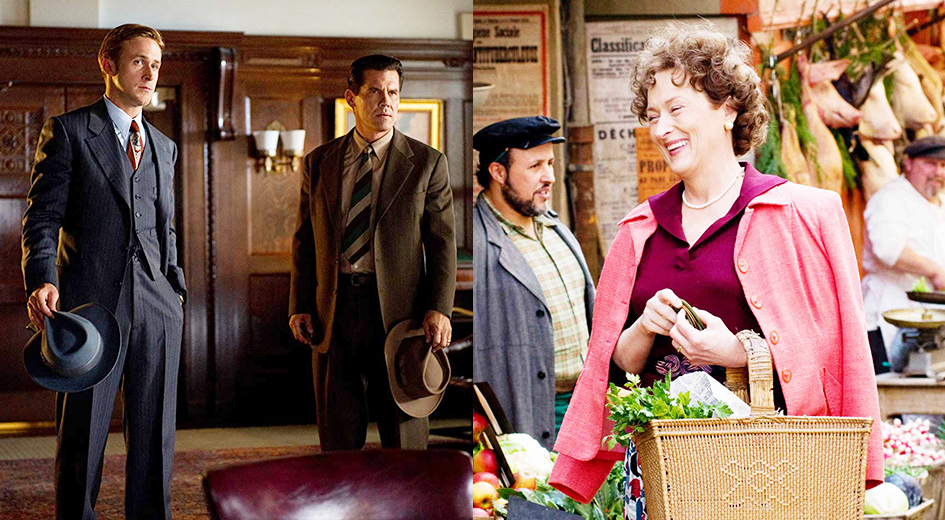 By the mid-1950s, women’s fashion became more sophisticated, sleek, and slender. The silhouette became softer and straighter with a higher hemline and relaxed waistline. Evening dresses were popular in medium lengths and were often made of wool chiffon or jersey fabrics. Matching hats and jackets were still common accessories to formal outfits. Casual wear became increasingly popular, with tailored blouses, striped blazers, and tapered slacks in bright colors and plaid or paisley patterns. 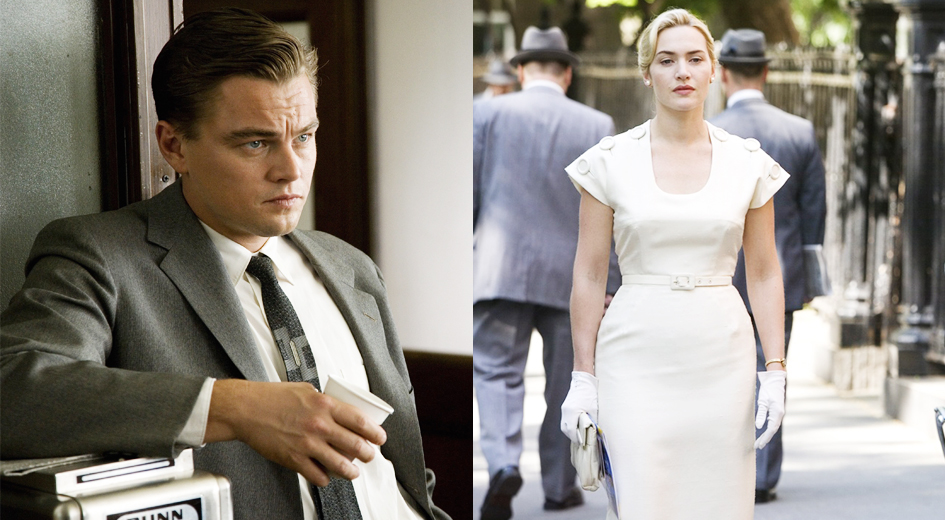 Fashion in the late 1950s was heavily influenced by Chanel. Her designs featured short jackets with brass buttons and pockets that were always worn open to display the blouse. Prior to 1957, blouses were often just a necessary part of a suit, but Chanel made them the focal point of her designs. As the decade came to an end, silhouettes began to loosen even more with the sack dress and relaxed fit blouse. Colors were still vibrant, like yellow, blue, violet, and green, but beige and neutral tones were gaining popularity.

By the end of the decade, fashion designers introduced a Continental style suit for men that featured short fitted jackets with narrow lapels and sharp shoulders. Leisure clothes evolved to include khaki and gray slacks, matching sweaters and socks, buttoned sweater vests and cardigans, and bold patterned jackets. 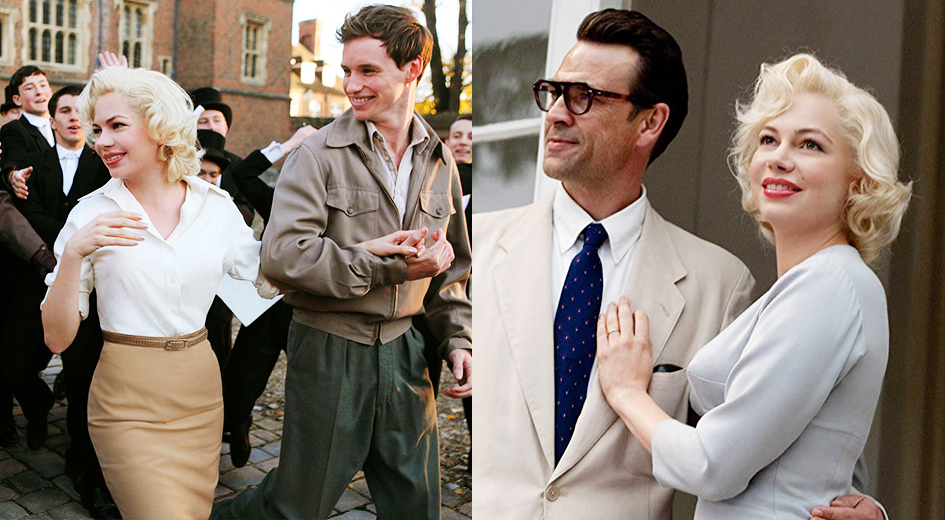 Late 1950s style in My Week with Marilyn (BBC Films)

Thanks to popular films like Grease and West Side Story, the greaser look is one of the most common associated with 1950s fashion. This style consisted of dark jeans, solid black or white t-shirts, leather jackets worn with leather boots or Chuck Taylor All-Stars. The greaser look is not complete without a slicked back and greased up pompadour, duck tail, or elephant’s trunk hairstyle. 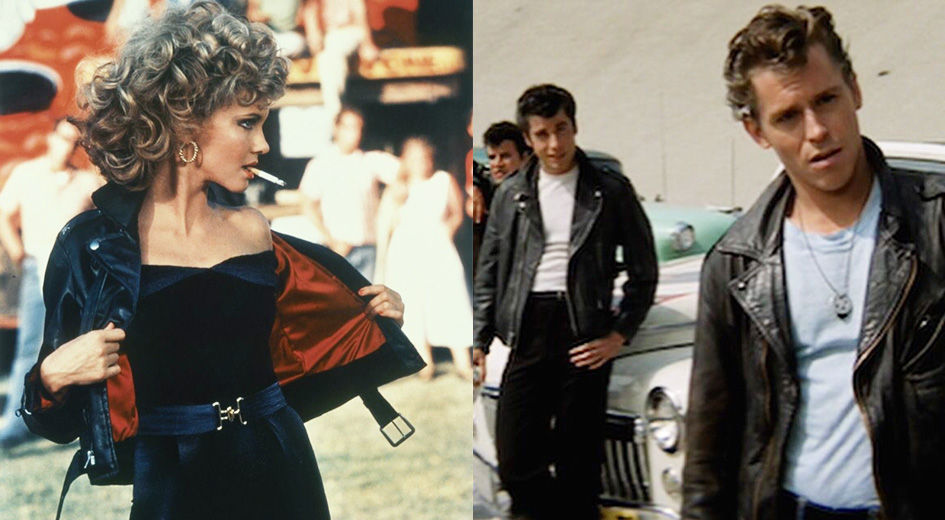 Ivy league fashion was an early iteration of today’s modern preppy style. The look became popular in the early 1950s around Ivy League universities (like Harvard, Yale, and Princeton) in the northeastern United States. 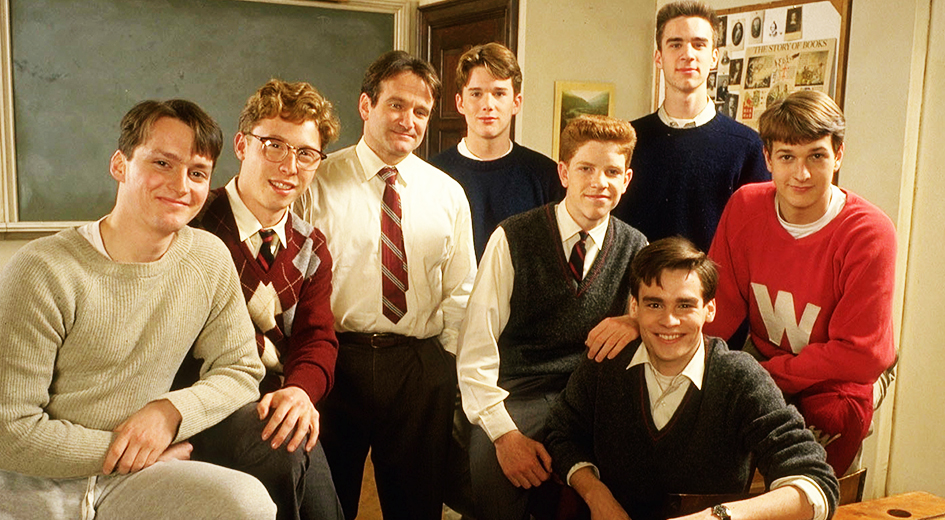 The Beat Generation was a literary and social movement started in the early 1950s by a group of writers, including Allen Ginsberg and Jack Kerouac, who were dissatisfied with post-war American culture. As the decade wore on and their novels and poetry gained popularity, the beat aesthetic became popular in fashion, especially among the younger generation. The beatnik look consisted of black or striped shirts, black turtlenecks, skinny black jeans, pencil skirts, capris, lack loafers, berets, and clubmaster or wayfarer sunglasses. 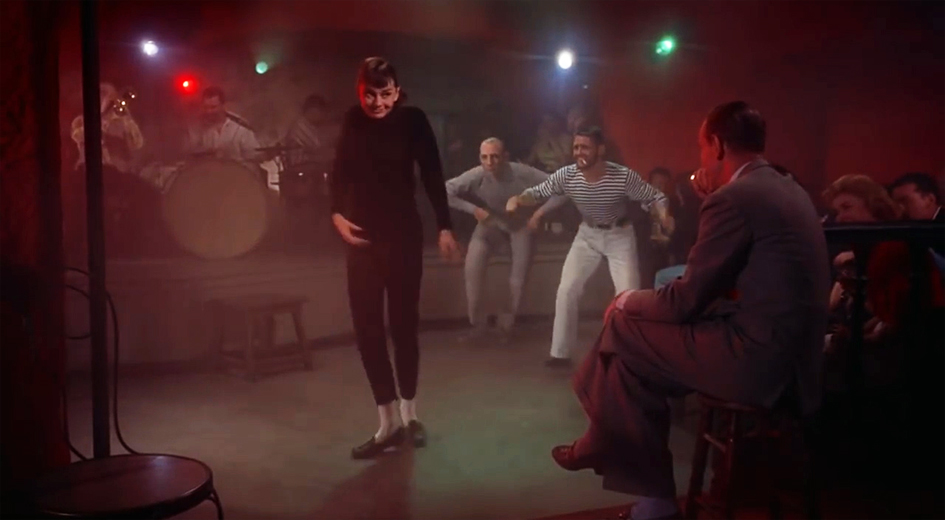 Creating your own ’50s style can be fun, just keep in mind that as a Background Actor you’re helping the production execute their vision of the scene. So while you may have the perfect greaser outfit, it may not align with what production is looking for. That’s why it’s important to carefully read and understand your Details Blog before getting your wardrobe together.