It’s almost Halloween and many of us are figuring out which of our favorite pop culture characters to dress up as. Some costumes may only need a few pieces of wardrobe, but others may require heavy makeup to pull off the perfect look. In the spirit of Halloween, we take a look at how special effects makeup is used to create some of the most popular movie and TV characters.

Makeup effects have been a commonly used tool in film for decades, but when the industry was just beginning in the early 1900s, it was rare for productions to spend time or budget on these kinds of effects. Most filmmakers took their makeup cues from techniques used in the theater, but as film quality improved there became a need for more realistic cosmetic effects. In the mid-1920s, actor Lon Chaney pioneered special effects makeup by creating his own looks for The Hunchback of Notre Dame, Phantom of the Opera, and many other films.

The art of film makeup really began to take off with the popularity of monster movies in the early 1930s. Jack Pierce was one of the leading makeup innovators of this time and collaborated with Central Casting alum Boris Karloff in films like Frankenstein and The Mummy. According to the New York Post, to create the monster’s look for Frankenstein, Pierce used cotton and spirit gum to make prosthetics and green makeup that would appear ghostly white on camera. As the film industry advanced, like with the introduction of full color motion pictures, these makeup tricks had to be adapted to maintain the realism of the effects.

While special effects makeup is constantly evolving, the most common current practice involves lifecasting. When making facial prosthetics, the first step is to completely cover an actor’s head in silicone to make a mold. Once the silicone has dried, plaster strips are placed on top to make a hard cast. Then when the plaster is set, it and the silicone are carefully removed from the actor’s head.

This negative cast is then used to create a 3D replica of the actor’s face. Makeup artists use the mold as a base to create custom prosthetic pieces that will fit the actor perfectly.

Special effects makeup isn’t just used for creating monsters and aliens, it can age an actor or help them match the look of a real person, like Charlize Theron in Bombshell or Gary Oldman in Darkest Hour.

Practical makeup effects are still common in Hollywood, but with the advancement of performance capture technology and visual effects, some productions opt to go full CGI or use a mixture of both. There are a lot of factors that can determine which method a production uses, like budget, character specifications, time, or director/actor preference.

For example, This is Us uses special effects makeup to turn Mandy Moore into an older version of Rebecca, while Captain America: The Winter Soldier elected to use a mix of performance capture and visual effects to age Hayley Atwell’s Peggy Carter. 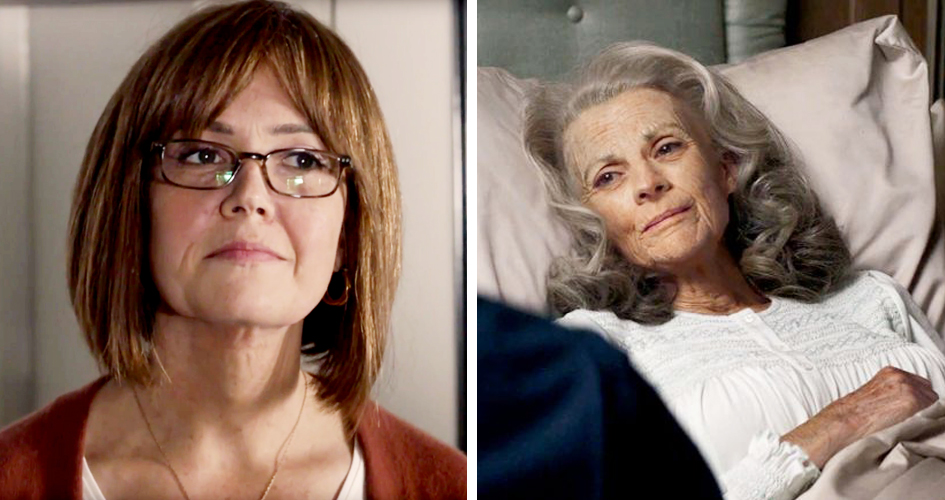 Mandy Moore in This is Us (NBC) | Hayley Atwell in Captain America: The Winter Soldier (Marvel)

Are you a Central Casting Background Actor interested in special effects makeup? While it doesn’t happen regularly, there are opportunities for you to work with cosmetic prosthetics, like the Background Actors cast as Titans and Zen-Whoberis in Avengers: Infinity War and Skrulls in Captain Marvel. While some featured background or double roles may require you to go through the lifecasting process, it’s common for premade prosthetics to be used on Background Actors. If you’re interested in this kind of work, look for posts on our Jobs page that mention lifecasting, prosthetics, or heavy makeup. Remember, these roles often require large portions of your face and body to be covered and are not recommended for people who are claustrophobic.

Want to know more about how the film industry works? Learn about the three stages of film production and the different types of acting roles.