Captain Marvel, the latest installment in Marvel’s blockbuster comic book franchise, follows Carol Danvers (Brie Larson), a warrior who finds herself caught in the middle of an alien war between the Kree and the Skrulls. The film, set mostly on Earth in 1995, also stars Samuel L. Jackson, Jude Law, and Annette Bening. Central Casting cast Background Actors, Stand-Ins, and other roles for the film in California and Louisiana.

Background Actors are heavily featured in many parts of the movie, playing aliens, Air Force crew, and Los Angeles commuters.

“My favorite scene was definitely the train chase scene,” said Casting Director Josh. “We had so many different types of background on the call to fill all the train cars and they all had to fit the ’90s look.”

In an interview with Vanity Fair, Captain Marvel directors Anna Boden and Ryan Fleck discussed directing the train sequence and how important the Background Actors’ performances were to its success. In the scene, Carol follows a suspected Skrull soldier, who has the ability to change his appearance, onto a Los Angeles Metro train. Background Actors cast by Brad and Josh got featured screen time as Carol passes through the train looking for the disguised Skrull.

“I just can’t stress the importance of having good extras,” Boden told Vanity Fair. “They’re not people who you get to cast beforehand and have read for you, so you really rely on your extras casting . . . because they add so much to a scene like this.”

For Brad, another interesting aspect of casting the project was finding Background Actors to play the various aliens, like the Kree, Skrulls, and Torfans.

“I had a bunch of favorite parts, like trying to find all the unique types of people to play the aliens in the film,” Brad said. “Also, being able to go see some of their ’90s sets and working with the really amazing crew.” 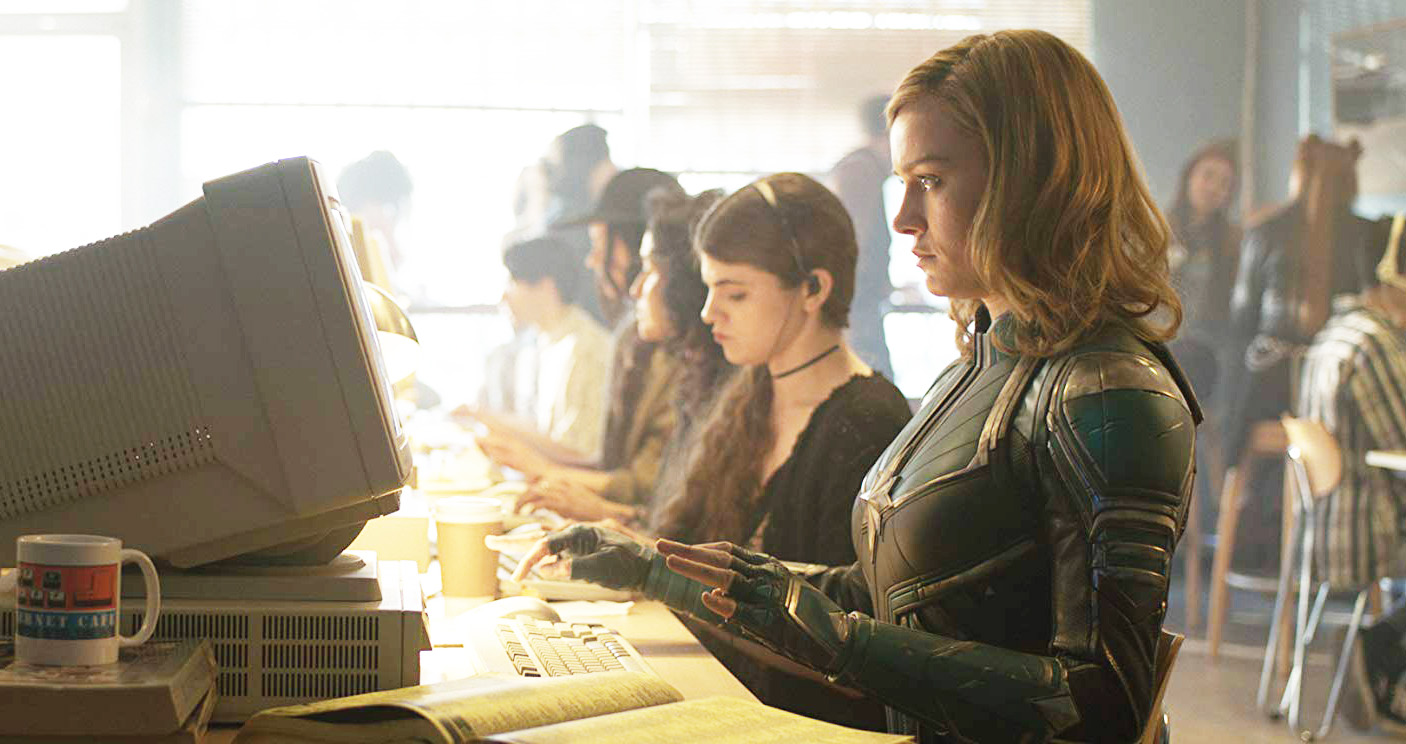 Casting background for a film as big as Captain Marvel also came with a few challenges. Film shoots have a lot of moving parts and shooting schedules often rely on location and resource availability.

“Some of the more challenging aspects of such a huge film were time and location,” Brad said. “There were a couple instances where they would shoot a scene, then the next subsequent shot was filmed a month later in a different part of town. They had scenes filmed all over, from El Segundo, Simi Valley, Rosamond, and even up near Fresno. It was really cool to see how seamless all these shots looked in the film.”

In its first weekend, Captain Marvel broke box office records by bringing in $445 million worldwide to become the sixth-biggest opening ever. The film also marks the largest global opening for a female led film and the second highest debut for a superhero movie, trailing only Avengers: Infinity War. Captain Marvel wasn’t just a hit at the box office, but with Marvel fans Brad and Josh, who enjoyed working on the film.

“I’ve had the opportunity to work on other Marvel projects, but never to such a great capacity,” said Brad, who has previously worked on Marvel films like Captain America: The Winter Soldier, Guardians of the Galaxy Vol. 2, Ant-Man and the Wasp, and the TV series Agent Carter. “I’m definitely proud to have been a part!”

“My favorite part of casting the movie was definitely how it felt like we were part of making history,” Josh said. “The Marvel Cinematic Universe is iconic and to be a part of it was just awesome.”