Booked as a Background Actor by Central Casting on a show set in the 1980s? Creating looks for period shows is a lot of fun, but can be challenging if you’re not familiar with the decade. We’re here to help with some 1980s makeup basics to give inspiration for your next ‘80s role.

Just like fashion in the 1980s, makeup was bright and bold. While modern makeup trends tend to focus on balance or accentuating one part of the face, like bold lips or power brows, ‘80s makeup was all about excess. From neon eye-shadow, to contoured cheeks, to frosted lips, there was no limit to how bold a look could be. 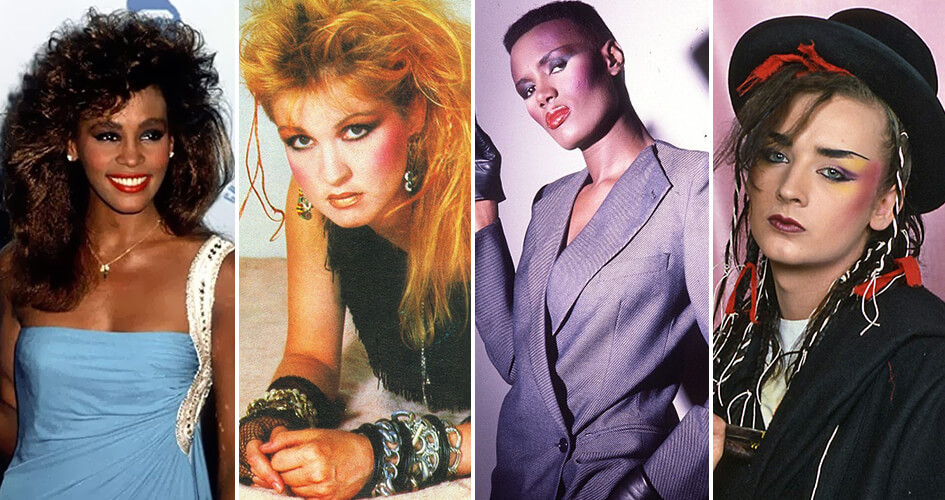 A big part of 1980s makeup was creating a blank base to allow all the color to pop. Foundation was applied in layers and was typically two shades lighter than the natural skin tone (like Madonna’s look from the 1987 AMAs).

Blush was a must in the ‘80s, applied in bright pinks and deep plums at an angle from the hollow of the cheek to the temple. Accentuating cheekbones was a big goal, leading the way for new contouring and draping techniques.

In a departure from previous decades, full thick brows were in during the ‘80s. Whether groomed and left natural or filled in for bolder looks, big brows were a key part of most styles.

Eyeshadow was commonly applied lash to brow in pink, blue, and purple and used either as a single color or blended together. For more muted eyeshadows, many opted for bronze or tan shades.

Heavy eyeliner was standard throughout the decade. The raccoon look? Totally normal for the 1980s. Matte black liner was applied to the top and bottom of the eye, then smudged to create the desired rocker style.

Standard black mascara on the upper and lower lashes was still the go-to throughout the decade, but bolder colors, like blue and purple, were also trendy.

Whether you wanted bold red, frosted pink, or metallic mauve, there were a variety of options to match your style. Lip liner was common, used in a slightly darker shade than the lipstick color to create a solid outline. 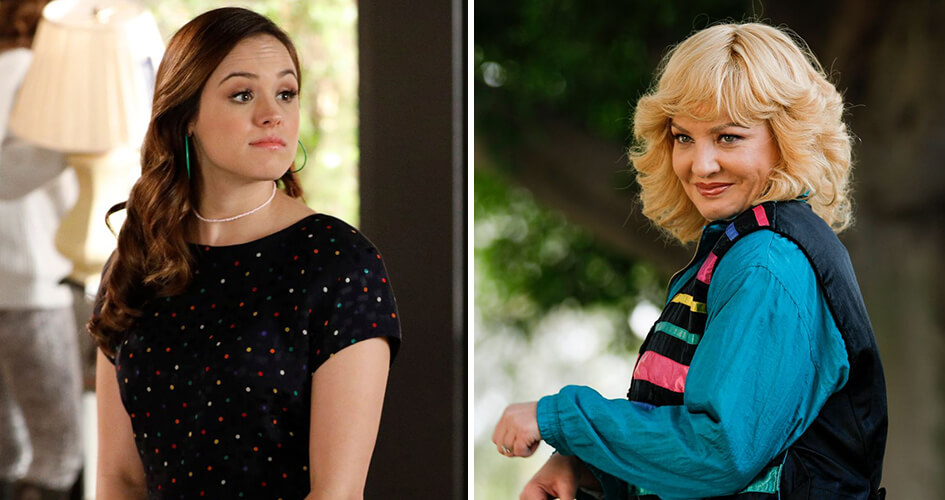 Putting together your own 1980s look

From series set in the ‘80s (like Snowfall and The Goldbergs) to shows that jump around in different time periods (like Quantum Leap and For All Mankind), there are plenty of opportunities to show off your ‘80s looks on set. When you’re booked, always craft your makeup, hair, and wardrobe based off the information in your details. Each production will not only have a unique aesthetic they’re trying to create, but can have a specific vision for your role.

Keep in mind that an authentic 1980s look for a rural high school teacher is different than a glam ‘80s look for a club goer in New York. So even if you’ve put ‘80s looks together before, the production or role may call for something different. That’s why you should always read your details completely and carefully before putting your makeup, hair, and wardrobe together.

Now that you’ve got your 1980s makeup covered, check out our wardrobe guide on creating the perfect ‘80s look and our tips for styling your hair for set.