What is Costume Design?

When you’re booked as a Background Actor with Central Casting, you are often responsible for creating all or part of your wardrobe. Costume design plays a big role in production and can not only become an iconic part of that movie or TV show, but can influence our current styles and trends. To help you put together the best background looks, here's what you should know about how costume design contributes to the success of films and television.

What is costume design?

Costume design is the creation of clothing and accessories for characters in movies and TV shows. Whether it's a well-worn t-shirt or an elaborate period dress, a lot of thought goes into each character’s overall look.

When creating outfits, costume designers not only think about a character’s individual style, but the overall aesthetic of the production. While costume design and fashion design have some similarities, costume designers have to take the filming process into account when designing their looks, like if the garment can stand up to the rigors of filming, provide enough movement for the actor, and show up well on camera.

“I love the whole idea that you can transform [a character] by what clothes they have on,” For All Mankind costume designer Jill M. Ohanneson told Deadline. “One of the things that has always been really important to me is that the costumes feel real and honest.”

Each costume designer is different, but generally they will read a script, meet with the director or showrunner and other production members, then start researching, designing, and producing looks. Depending on the type of production, budget, time period, and other factors, designers may create their own looks, modify clothing from specialty stores, or buy retail pieces.

Costume designers oversee all wardrobe for a production, including for Background Actors. When going for a very specific look, they may opt to provide wardrobe for background to ensure the scene matches their aesthetic, like when Hacks costumer designer Kathleen Felix-Hager was trying to achieve a certain “whimsy vibe” for a season 2 cruise ship scene featuring Central Casting Background Actors. 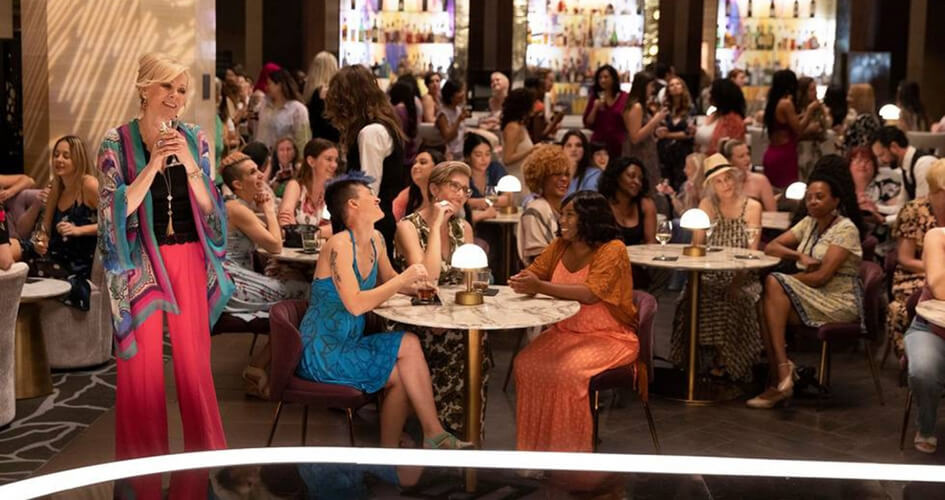 “I have to say, all the Background Actors that were the passengers on the cruise ship, were fantastic,” Felix-Hager told The Art of Costume. “My team did a really great job, dressing everyone and trying to give everyone a vibe, making it look really real. The scene where Deborah was singing was just so fun. It was a magical kind of moment for everyone. I think it really shows on camera.”

When you’re booked by Central Casting, your details message will often include detailed wardrobe notes. These notes are given with the production’s overall costume design in mind, which is why it’s important to read your details carefully and follow the instructions given.

For example, if you’re booked as a high school teacher, each project is going to have a different idea of what that looks like based on time period, location, color palette, what principal actors are wearing, etc. So just because an outfit worked for Never Have I Ever, doesn’t mean that same outfit will work for Euphoria. You are a big part of helping these scenes come to life, please pay close attention to the wardrobe notes you’re given to help costume designers realize their vision.

Costumes and wardrobe you own can also help you get booked for background work. Do you own a Santa Suit? Have outfits from different time periods? Adding photos to your online profile of yourself in costumes and specialty wardrobe not only shows Casting Directors that you can portray a role, but that you own and have access to the required clothing.

Don’t forget to update your measurements in your profile as they change. Sizes are used often by Casting Directors when booking background, especially when production provides wardrobe and when casting doubles. If you’re not sure how to take your measurements, our easy to follow tutorial videos are a great place to start.

You can find out more about the crew members and departments Background Actors work with on set in our articles What Does an Assistant Director Do? and Production Crew Members You Should Know.