Who’s Who on a TV and Film Crew?

On set with a TV and film crew

A lot of work goes into a production before you see anything on screen. There are teams that organize the shoot, film the script, and put all the pieces together. When you work as a Background Actor with Central Casting, you have the chance to work with a variety of TV and film crew members.

A production assistant (PA) is an entry-level TV and film crew position that acts as support to various levels of production. PAs can be responsible for transporting equipment, copying scripts, making deliveries, and a variety of other tasks.

There are different types of PAs, the most common being office PAs and set PAs. If you’re a Background Actor or Stand-In, you’re most likely working with set PAs. They may check you in at the beginning of the day, accompany you from Holding to set, help Assistant Directors coordinate Background Actor movement in a scene, and wrap you when you’re done filming.

The wardrobe department is responsible for all the clothing and costumes worn on screen. Like with hair and makeup, you may be instructed to wear your wardrobe to set, bring clothing with you, or may be asked to wear basic items of your own in addition to clothing provided by production. Your wardrobe should arrive to set clean and unwrinkled (unless otherwise noted in your details) and hung in a garment bag. When production provides wardrobe, please wear clean and sufficient undergarments. 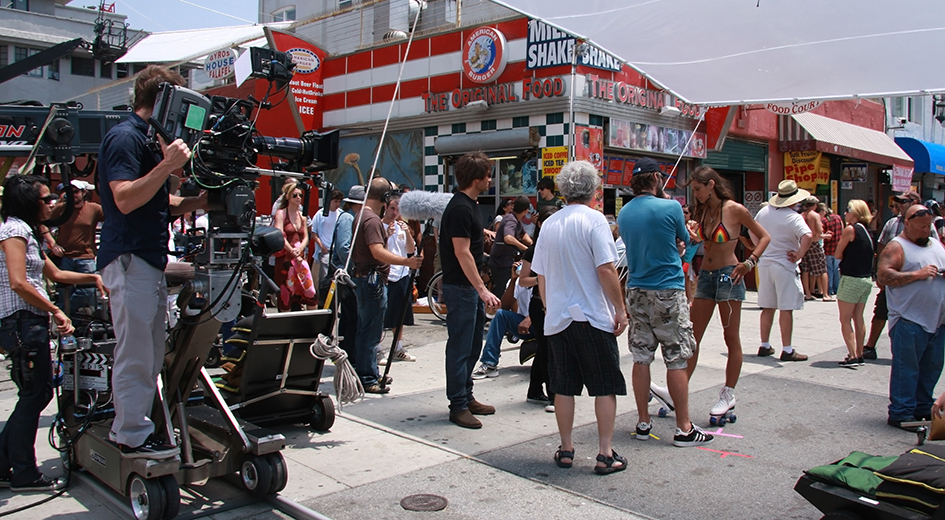 Crew shooting on location for Californication

Assistant Directors (ADs) manage the set, act as a liaison between the director and the rest of the crew, and along with PAs, are a Background Actor’s main point of contact on a production.

The First Assistant Director (1st AD) is responsible for keeping the production on schedule and supervising the crew. They also “call the role” before the director calls action. When working as a Background Actor, listen for cues like “background” and “back to one” to know when to start your action and reset to the beginning of the scene.

The Second Assistant Director (2nd AD) is responsible for overseeing Background Actors, creating call sheets, and coordinating production paperwork, like Background Actor vouchers. Some larger TV and film crews may also have a Second Second Assistant Director (2nd 2nd AD). The 2nd 2nd AD will take on some of the 2nd AD’s responsibilities, like handling production reports and helping with the background.

Directors bring a script to life while overseeing the artistic and technical aspects of a project. From pre-production to post-production, film directors define and carry out their own vision for a movie. While TV directors are also responsible for visualizing a script to screen, they are realizing the vision of the showrunner and writer while staying true to the look and tone of the show.

Depending on the type of production, directors may take part in the background casting process. They may meet with Casting Directors to go over their vision for background or will coordinate with the Assistant Directors on desired looks for specific scenes.

Want to learn more about the TV and film crew members you may work with on set? Check out our Assistant Director article category for AD tips and crew guides.