Casting Directors Who Worked as Background

People register to do background work for a variety of reasons. Some see it as a way to jumpstart their acting careers, some want to see what it’s like being on set, and others end up liking the process so much they become Casting Directors. Here are some of our Casting Directors who worked as background.

Brad worked as a Background Actor for about two months when he moved to Los Angeles. He appeared in movies and TV shows like Scrubs, The West Wing, Hannah Montana, License to Wed, and Blades of Glory.

“I worked a bunch as a Background Actor, nothing featured though,” Brad said. “On Monk, I was a patient in a waiting room with my iPod and skateboard. They did start one scene on me.”

“22 Jump Street was my first background role ever,” Mary said. “I showed up at 4am and the wardrobe department puts me in a crop top and paints my belly with an ‘A’. All you see of me in the movie is my arm and half of an ‘A’.”

Mary also appeared as background in several films, including Jurassic World, Get Hard, and Self/less.

“In Self/less, I had to pretend to flirt with someone who wasn’t actually there,” Mary said. “That was my first ‘acting role’ and easier than I thought it would be. The ADs complimented me that I made it look like I was actually interacting with someone. That was really cool!” 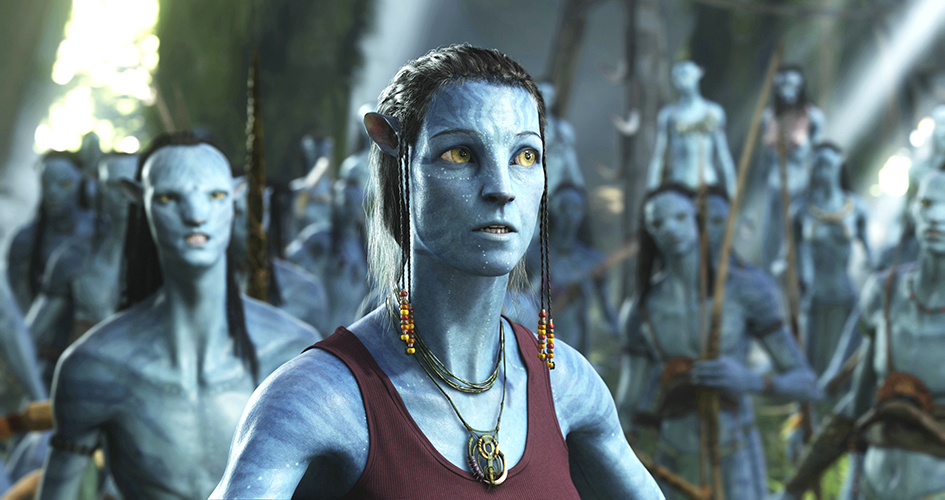 Jimmy had a unique experience working as background in Avatar. The Background Actors in the scene all had to wear motion capture suits and were turned into members of the Na’vi for the film.

“No one will ever know it was me, but I’d never seen [the motion capture process] before so it was cool,” Jimmy said. “It was an awesome experience to see myself transformed into an avatar.”

One of Danielle’s memorable background experiences was working a multiple day call in the Sex and the City prequel The Carrie Diaries. In a season two episode, Danielle portrayed a student at Carrie Bradshaw’s Manhattan high school.

“It was great!” Danielle said. “I was able to walk the halls as a cheerleader and hang out at a diner while wearing neat ’80s style clothing.”

Katie worked as background for multiple days during the seventh season of Mad Men. She’s featured in a scene where the character Michael Ginsberg is carted away on a stretcher after suffering a psychotic break.

“I was also featured in the Mad Style blog about Janie Bryant’s costume design for the same scene,” Katie said. “The best part is that I got to work with many of the crew again on The Last Tycoon after I became a Casting Director.”

While working as an intern in the late 1980s, Mariann was picked to be a Background Actor for the soap General Hospital to help fill out a scene at a circus where main characters Felica and Frisco are hiding.

“I wasn’t the best background because I kept missing my mark and bumping into Jack Wagner!” Mariann said.

During season seven of The Walking Dead, Tyler worked as background in several episodes as one of Negan’s zombie wranglers. Tyler has also appeared as a Background Actor in multiple music videos and commercials.

“It was probably, by far, the oddest social situation I’ve ever been in,” Tyler said. “Having lunch, talking and laughing with at least 50 ‘zombies’ in full makeup. Definitely not your typical lunch break.”

Adam worked as a Background Actor for five years in Los Angeles and Northern California before joining the Central Casting staff in 2006. He worked as a Stand-In on seasons 3-7 of The West Wing.

“This was truly the greatest collection of people I’ve ever witnessed on a film or TV set,” Adam said. “There was a constant camaraderie amongst all levels of the cast and crew and despite some crazy long work days, everyone was always laughing and having fun.”

Another one of Adam’s memorable roles was in Old School. He worked on the film for about 20 days and can be seen cheering in the wrestling scene.

Before becoming Senior Vice President of Central Casting, Franklyn worked for many years as a Casting Director. In fact, like many in the industry, he started his career as a Background Actor, working in films like W. C. Fields and Me, Mother, Jugs & Speed, and The Last Day. One of his most memorable was appearing in the final three episodes of Cheers.

“Production asked me to come to the Friday taping and sit at the bar as a thank you for being with the show,” Franklyn said. “I still know many background to this day. You never forget the scenes you either observed or worked in.”

Want a chance to appear in our movies and TV shows? Check our Jobs page for all the latest roles we’re casting. Not registered? Becoming a Background Actor with Central Casting is free and easy to get started. Read through our registration guide before registering at one of our offices in Los Angeles, New York, Georgia, or Louisiana.